The Foxie G Foundation’s Board of Directors is compiled of volunteers. While their backgrounds and experiences vary, all are passionate about the welfare of the horses, cats and farm friends at Foxie G. Each uses their area of expertise to help guide the operations and future planning of the rescue. 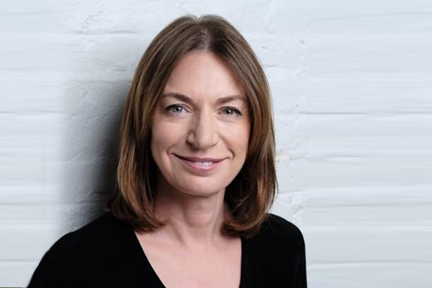 Birgit Girshick joined the board of The Foxie G Foundation because it brings together her love for horses with her passion to help others. Birgit has a farm in New Hampshire and likes to spend most of her free time with her off-the-track thoroughbred, trail riding, jumping, and dressage riding.

Birgit Girshick has a MBA from the University of Rhode Island and is the Chief Operating Officer of Charles River Laboratories, a Fortune 500 Biotech in the health care industry.

Kat Reader has had a love and been a lifelong advocate for animals. In addition to her full time job with a government contractor, she is a part-time veterinary technician at Springfield Animal Hospital in Springfield, VA, which actively supports the healthcare of those animals in need. She enjoys supporting the critical mission of The Foxie G Foundation and providing a loving home for those fur babies in need. Kat has a Bachelors of Arts in English with a Minor in Animal Science from the University of Maryland.

Laurie Calhoun has had a passion for providing a safe haven for all creatures her entire life. As a result of her early love of horses, Laurie Calhoun became the co-owner and co-manager of Summer Wind Farm in 1986. In this capacity, she became aware of the plight of Thoroughbreds when their racing careers were over. As it became apparent that more needed to be done to save these beautiful animals, and to honor the memory and zest for life of a charismatic racehorse named Foxie G, Laurie established The Foxie G Foundation on September 14, 2012. Foxie G enjoyed his retirement at Summer Wind where the organization is based.

Laurie holds a Bachelor of Science in Business from Hood College; she also attended the University of Maryland where her studies focused on Animal Science. Her professional affiliations include The Maryland Horse Breeders Association. Laurie lives in Union Bridge, Maryland with her husband Jerry, their numerous rescue horses and cats and dog, Fin. Both Laurie and Jerry remain dedicated to making a difference not only to those currently in their care but those abused and abandoned animals awaiting a brighter future.

Megan has always had a passion for rescue work from helping local dog rescues fundraise to adopting Foxie G graduate Leap of Will and making him part of her family. Megan has been involved in racing and steeplechase as an owner and is a horseback riding enthusiast. With a mindset of providing responsible retirement to all of their horses, whether that’s on their family farm or with a responsible new owner, she can relate to the work done at Foxie G with a goal of ensuring each horse is safe long after their racing career has ended.

Megan resides in Maryland along with her husband Sean and their two children, who also have had a love for all animals.

With a love for animals since a very young age, it’s no surprise Nicole was excited to be part of The Foxie G Foundation since the initial start of the rescue in 2012. While her “real job” is a Digital Information Specialist with NIST’s Manufacturing Extension Partnership, she lives for the time she spends attempting to wrangle her 8 year old son and working with the horses of Foxie G.

In addition to helping with the care of the many animals that call Foxie G home, Nicole’s interests include graphic and web design, fine art and photography. You can find her photographs in publications such as The Blood Horse, The Mid-Atlantic Thoroughbred and Frederick Magazine. She was honored to photograph horse racing champ Heros Reward at the Breeders Cup with career earnings of $1,301,698 and who is now retired in Maryland thanks to his caring owner, Bob Haynes.

Nicole holds a Bachelor of Arts in graphic design with a minor in art history from McDaniel College. She loves the open countryside in Union Bridge, MD she calls home with her son and four-legged family members.

Tom Quinn is a Director of Continuous Improvement at the Exelon Corporation, a Fortune 100 energy company. Tom is a lifelong Marylander who has been involved in the Thoroughbred industry as a breeder and owner for the past decade and currently owns three retired thoroughbreds, including the 2011 Maryland Million Oaks winner Brushed by Love. He has volunteered at The Foxie G foundation for the past five years and joined the board in April 2018. Tom graduated from Towson State University with a BS in Chemistry and has served in various operational and technical roles with major corporations such as AlliedSignal, Raytheon and Black and Decker. He is a coinventor of eight US and European patents. Tom lives in Towson, Maryland with his wife Lisa. They spend much of their free time visiting their retired horses or volunteering at Foxie G. The have adopted two rescue cats from the farm.